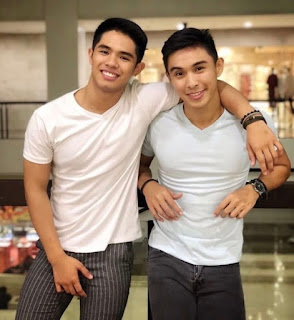 Last summer I dated a young Chinese guy for about a month.  His name was Wayne.  It was fun while it lasted.  We traveled one weekend.  I liked him a lot, but he was too young for me.  It kind of fizzled though and I didn't hear from him for a few weeks.  Then he started texting me again.  He was only in my city for a three month internship, and then he returned to China.  The pressures of school and his internship project were great.  He cried a few times as he explained this to me.

It's interesting that he keeps in touch with me on Whatsapp.  He says I'm the only one who understands him.  The pressures increased when he returned to China, and he was even feeling suicidal.  I encouraged him repeatedly to get help.  He's on medication now.  This week he came out to his parents.

Why does he trust me so much?  I'm so glad I could help him.  Maybe I have a calming influence or I'm a good listener.

Last night Harry told me about the conversation he had with his sister.  She's upset.  She didn't take it as well as he thought she would.  "What about our parents?" she asked.  It seems she only knows gay stereotypes.  She asked him not to get involved in drugs or have unsafe sex.  The two of them have a ways to go before she accepts him.

Towards the end of our conversation he told me how much talking to me had helped him.  He felt much better about the situation.  I felt good about that.