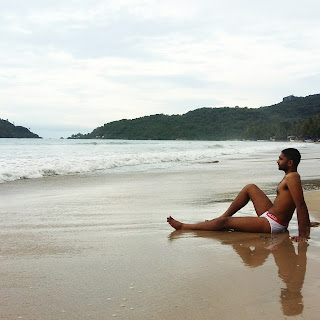 It's now been seven months since I've been on Grindr.  I thought I'd get in better shape, get some new pictures, and reemerge when this is over.  I have been occasionally chatting with a few people on two smaller sites where I am unlikely to actually meet anyone.

Sometimes unexpected things happen.  I did start chatting with a guy on Blued.  This is an Asian site one of my Chinese friends told me about.  There are never more than three or four guys within 50 km of me.  These few guys are rarely online.

I did decide to meet one guy.  His name is Peter.  He is from Myanmar.  I've never met anyone from that country.  He has really opened up to me and he has an interesting story.  He is from a northern state where the people are Christian in this mostly Buddhist country.  This is thanks to American missionaries who descended on this area more than 100 years ago.  He told me about his childhood in a remote village.  Sometimes he went hungry.  The scariest thing these people faced was the military.  The people lived in terror of the military.  They could take from you whatever they wanted.  They could even take men from the village and force them into days or weeks of slave labor as porters.  People who didn't comply were beaten.

So at 19 years old his parents arranged for him to go to Malaysia where he had family and would be safe.  Eventually the UN Commission for Refugees took his case and helped him emigrate to the US.

Now after nearly ten years in the US he is Americanized and runs a small business.  His business is struggling in the pandemic.  He sends money back to his family in Myanmar every month and they really depend on this.   The pressure is high.

If I ran into him in the street I would think he is Indian.  But I look at his face and can tell that he probably isn't.

He showed me pictures of his family and his village.  Very good looking family.  His sister just got married, and she is a knockout.  Her wedding pictures were great -- they looked like they were taken in NYC.

Then there is the complexity of being gay.  Just not accepted in his culture.  At 33 years old, he is facing increasing questions about why he is not married.  He shared with me that he sometimes feels depressed, and is uncertain about his future.

Wow.  I feel like I have so much to be thankful for after hearing that story.