Now it seems the world is getting back to normal.   I've schedule vacations and this time it's highly likely that I will actually get to take them.   I have five weeks of vacation that I have to use (or lose) by this Fall.  I'm NOT losing them!

Next month I have a business trip to Europe.  Since my connection goes through Madrid, I added on a week in Spain.   I've never been to Spain.  I am looking forward to seeing Barcelona, Sitges and Madrid.

My long planned trip to Asia is now scheduled for September.  My Malaysian friend who I met in 2020 will accompany me.  I have a good feeling about him, and I'll get to know him better during the trip.  He is struggling with a few personal issues.  His house was burglarized and Macbook stolen.  His boss is making his life difficult.  I'm happy that we can have this vacation together.  I'm planning Phuket and Bangkok, but would like to see Langkawi too.  I'm just not sure if the ferry from Langkawi to Phuket is operating.  I will fly into KL and we will figure things out.  I'm going to the same hotel in the Ampang area where we met.

I think I'll squeeze in a few days in Mexico City in August.  Some r&r as well as more Spanish lessons.

So now until October is looking good.

There are several bloggers I read who are within a year retirement.  I can feel their eagerness to be done with work as I read their posts.

I need an exit plan too.

I've just had some work events happen that pushed me over the edge.  I often think about quitting.  But that would be stupid.  The best thing for me to do is hang in there.  Another two or three years.  Even if I get fired and collect a severance that is better than quitting.   I need to think rationally.

I'm thinking about a downshift plan.  A less demanding job that would allow for mostly remote work.  I want to be able to work remotely from anywhere.  I would spend at least four months of the year traveling.

Why not just retire at 60?  I'd be bored.   I need something to do.  But I want it to be just the normal eight hours per day.   I don't want to think about it when my eight hours is up.  I don't need to make a huge amount of money, but I do need medical insurance.

I think of family who retired in their early 60's to Arizona and Florida.  They watched tv and drank Manhattans all day.   Occasionally going out for a game of shuffleboard or buffet at the VFW.   I don't want that.

The downshift plan.   That's what I'm calling it.  Now I need to figure out what will I do?  What job could I prepare for that will tick my boxes?

I Just Need One or Two 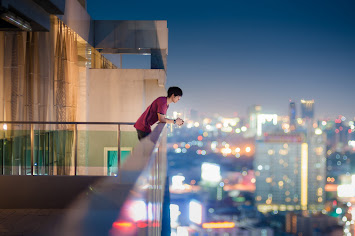 I keep seeing articles on loneliness everywhere.  More people live alone in the US than ever before.  Older people, particularly men, have a difficult time making friends in middle age and beyond.  Of course the pandemic has made this so much worse.

I am feeling it right now.   Feeling very lonely.  I'm finding it very difficult to meet people.  I am partly to blame for some of that.   I am slow to meet people.  They might just get frustrated and give up on me.

As you get older it gets harder to connect with people.  I have these older guys on the apps hitting on me.  Looking old and fat is a bad combination.   I hate to say this, but I'm just not interested.   I'd rather just jack off.  Just the general boldness they show of sending NSFW pics to me early in the conversation is a turn-off.  This seems to happen a lot.

I've never been one of those super attractive guys who everyone wants to meet (and sleep with).  However, I don't need that.  I just want a few friends....even just one or two.  Lately I can't even seem to find that.  There's a niche population I do well with, and there's not so many of those people in my city.  I've met guys mostly on the apps, Grindr, and the like, but no luck lately.

Frustration builds for me.

I haven't seen Peter since November.  His family is forcing him to marry a woman.  Being around me is too much temptation, so he has decided to stay away.  If that's what he thinks is best then so be it.

The friends I have are in different cities and countries.  It's difficult for them to travel.  Even though we often talk, I haven't seen them.

I'm not alone.  Loneliness is the other pandemic.

The Trip Is Off

With Omicron spreading I decided to cancel the trip.  My Malaysian friend who was going to meet me there canceled.  No point in going alone.  Restrictions are increasing and it's not worth the hassle.

I still have my use or lose vacation, so need to figure out what to do.

The Trip is On 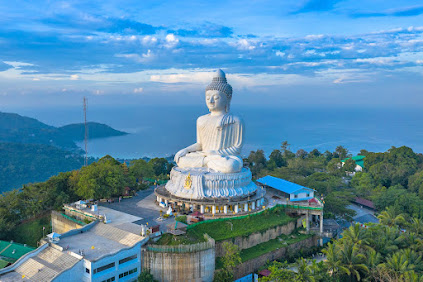 A friend from Malaysia is meeting me there.  I'm excited about that.

I need to unwind, and being in a place like Phuket will completely get my mind off of work.  Beautiful weather and foreign environment.

It's good to have something to look forward to.